Is the 3G/2G Shutdown in Progress in APAC Catching on in Europe?

European mobile phone companies spent an eye-watering $129 billion buying 3G spectrum at the start of the new millennium. Is it now time for the 3rd generation of mobile technology to bow out?

Covered in this article:

Following in the wake of all major USA networks, Telenor Norway, VodafoneZiggo in the Netherlands, Vodafone Italia, and Airtel India, BT (the owner of the UK mobile provider, EE) is the first UK operator to set a time frame for the phase-out of 3G. It intends to sunset this older network over the next two years to free up airwaves to help bring 5G to the entire country by 2028.

Since its launch in 2001, 3G was revolutionary in bringing to life the first smartphones, such as the iPhone, and enabling mobile data. Its introduction marked a transformation in mobile technology, but it has now been superseded by its more advanced successors.

To better support high data usage and to reduce the costs associated with running multiple networks, many operators are sunsetting legacy networks to reduce costs and improve the capacity for new technologies.

Why the need to decommission legacy networks

Operators in the Asia-Pacific region are leading the way in legacy network rationalisation. They started rationalising their 2G services as early as 2008 to 2012, and many others have followed more recently.

The main reasons are a drive to reduce costs, a lack of demand for the older networks, along with the need to free up spectrum to better accommodate next-generation technologies and services.

Supporting the future with 5G

Demand for 5G is forecast to grow exponentially.

5G networks will enable us to move even more data at speeds well beyond the capabilities of existing 4G LTE networks, and will enable new applications such as augmented reality and virtual reality to expand and become more accessible. 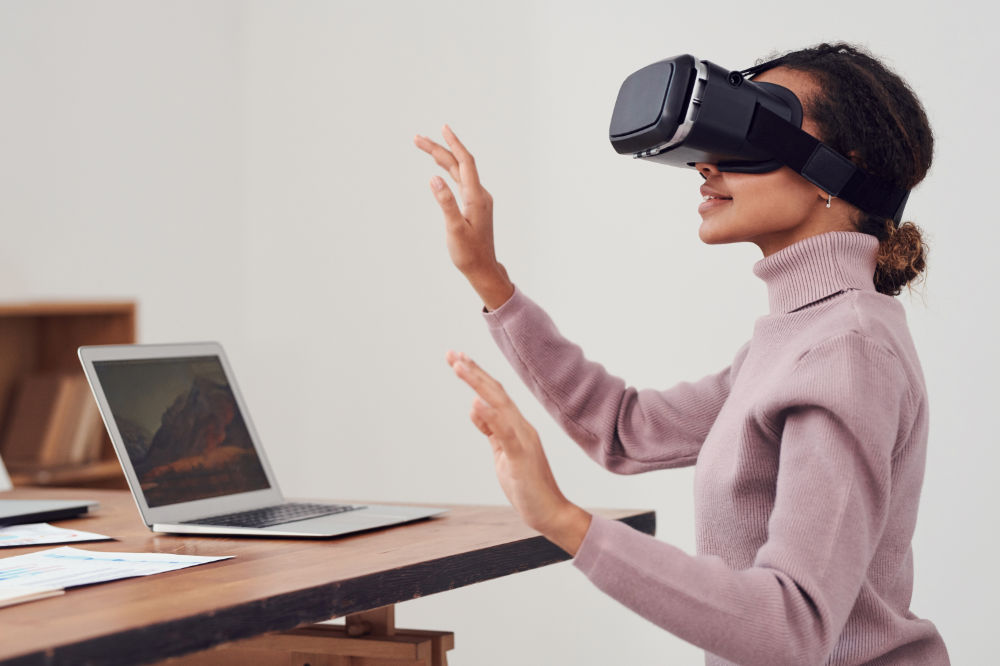 5G will enable many new and cutting-edge applications, which will require high reliability and low latency such as self-driving cars, factory automation, and remote surgery.

Demand for 5G is forecast to grow exponentially. According to BT Consumer CEO Marc Allera, demand for mobile capacity is rising by 40% every year, and BT has switched on its 5G network in 160 towns and cities since it launched in 2019.

Traffic had more than quadrupled on its 5G network since October when the 5G-enabled iPhone 12 launched, he said.

Forecasts suggest that by the end of 2021, global 5G subscriptions will reach 580 million (Ericsson Mobility Report June 2021) and by 2025, 5G networks are likely to cover one-third of the world’s population (gsma.com). 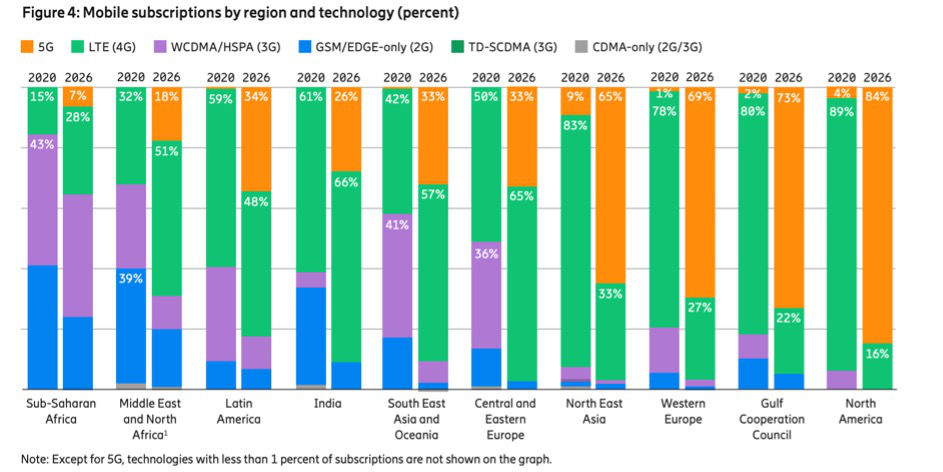 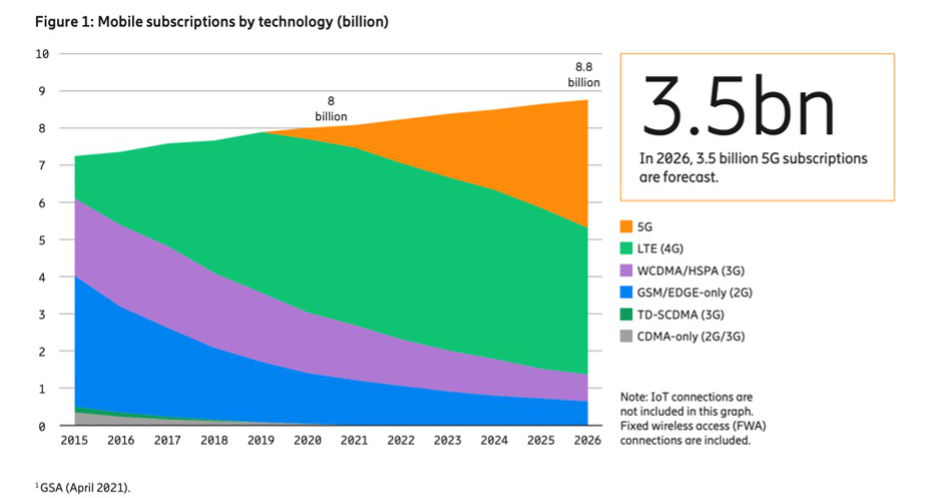 However, as the world continues to innovate and create more capable devices, the demand for spectrum increases as well. To reap the benefits of 5G and the networks of the future, the nations must have forward-looking strategic policies to make spectrum use more efficient and make more spectrum available.

Arguably, the most important thing that distinguishes 5G from other networks is its flexibility and adaptability, required to meet the needs of the diverse applications that 5G is intended to support.

While some 5G deployments are in new mobile broadband frequency bands, such as 3.5 GHz (C-band), mobile operators must have the freedom to re-farm existing spectrum holdings to 5G, notably to deploy a 5G coverage layer, in response to market demand.

Coming back to the recent announcement by BT in the UK … BT has laid out its network evolution plan for the coming decade, with a roadmap that sets it on course to offer more than 90% of Britain with 5G service by 2028. It also hopes to have key infrastructure converged by this deadline.

If BT can meet its goal, it will be impressive: It is saying that a 5G connection will be available anywhere in the UK, including hard-to-reach places, such as remote areas of Wales and Scotland. Most of the connections will be available from its macro network, but where that cannot reach, BT is pledging to make 5G on-demand using portable or roving base stations, drones, or high-altitude platforms (HAPS).

A key decision is whether to first shut down the 2G or the 3G network. This decision will depend on several factors and there will be different solutions for each region.

Some operators/markets are sunsetting 2G first, for example, operators in Japan, Taiwan, Singapore, South Korea, and Hong Kong, along with other Asian markets, have already switched off their 2G networks.

In Europe, 3G is likely to be the first but will then be followed by 2G. The key driver is avoiding customer ‘churn’, and analysis will have been carried out to determine the distribution of handsets in use in order to calculate whether the switch off of 2G or 3G would have the greater impact.

Decommissioning plans are dependent on a number of factors such as the number of customers and amount of traffic generated via 2G/3G devices, along with contractual requirements, particularly around the Internet of Things (IoT) or Machine to Machine (M2M) connectivity. For example, the UK government’s smart meters initiative runs on the 2G network, as do devices such as point of sale payment terminals.

There are also regulatory requirements to consider. For example, since 2018, EU regulations have required motor vehicles to be fitted with the ability to make 112-based emergency calls, and many use 2G and 3G technologies to do this.

Telecommunications providers often need to maintain traditional 2G/3G networks to support voice services where these are still provided in circuit-switched mode because, in theory, 4G technology does not support this mode.

In general, 3G will be decommissioned before 2G in Europe, and potentially Africa, for a number of reasons, including:

What will this mean for customers?

As mentioned above, operators as well as regulators are concerned about service continuity for customers who have not yet acquired a 4G or 5G device.

These issues are of particular concern in developing and lower-income countries where it is often the poorest who are affected by 2G or 3G shutdowns. However, regulators can use mechanisms to maintain a minimum service, such as using the Universal Service Fund to pay for one operator to keep a thin 2G layer in operation, possibly with other operators accessing this GSM network, or by financing a programme to replace legacy 2G/3G equipment.

In addition to mobile handset use, 2G and 3G are in use for devices such as smart meters, emergency call systems, connected cars, and telematics units. Another example is Amazon’s e-reader, Kindle. Every Kindle model made before 2017 only has 3G internet access and while some 3G Kindles also have Wi-Fi, but not all do.

Spectrum is the key to future networks

For operators and regulators, it is important to understand the need for spectrum and how your older networks can be transitioned to help pave the way for new technologies.

As the world continues to innovate and create devices that are more capable, the demand for spectrum increases as well. To reap the benefits of 5G and the networks of the future, nations and operators must have forward-looking strategic policies to make spectrum use more efficient and make more spectrum available.

Get our latest updates delivered straight to your email inbox
Latest insights and news, programme updates and case studies for the telecommunications, media and technology industry

Page load link
We use cookies to ensure that we give you the best experience on our website. If you continue to use this site we will assume that you are happy with it.Ok
Go to Top